The quality of our work product has been shown to outperform competitors, particularly due to our greater level of specialization in the topics we address.

Our team performs research and analysis from an innovative, forward-thinking perspective that utilizes unconventional methodologies and unearths insights that other firms cannot achieve.

As the world becomes increasingly complex, so do the threats and challenges that our clients face. We stay a step ahead, applying our core expertise to a range of emerging threats to people and assets.

Our approach and team dynamics make it possible to complete highly accurate and valuable work in a shorter time, without loss in quality.

Valens Global was established in August 2014 by Daveed Gartenstein-Ross, who by then was already established as an analyst, author, and scholar specializing in terrorism and violent non-state actors.

Valens was founded on the belief that the private sector was vital to advancing the national security interests of America and its allies, and to saving lives by protecting the public from terrorist attacks and other threats of sub-state violence. Also central to Valens Global’s founding mission was the belief that the national-security field needed to improve.

Valens is dedicated to undertaking analysis that is more granular, more historically informed, and that takes full advantage of big data and other methods enabled by new technological developments. Our high-quality analysis is paired with numerous interlocking capabilities, including in physical security, training, threat assessments, detection of insider threats, and counter-messaging.

Our goal, simply put, is to raise the standard for understanding and responding to terrorism and other sub-state threats. We have a strong track record, and consistently deliver services and products that both exceed our clients’ expectations and stand the test of time.

Valens Global builds empowerment and ownership throughout the organization, particularly at junior levels.

The leadership at Valens Global is demonstrably able to develop talent quickly; we are able to fuse capabilities, such as deep domain expertise, our futurism capability, tactical analysis, physical security, and technology.

The organization as a whole represents tremendous creativity that brings something unique to bear on the problem sets it confronts.

For more on our team and other employment information, click here. 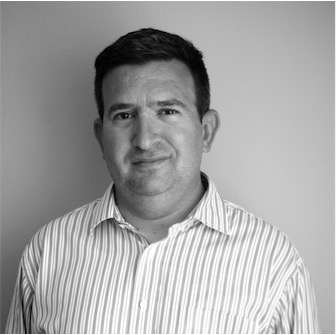 Dr. Daveed Gartenstein-Ross is a scholar, author, practitioner, and entrepreneur who is the founder and chief executive officer of Valens Global. The International Herald Tribune has described Dr. Gartenstein-Ross as “a rising star in the counterterrorism community.” Dr. Gartenstein-Ross’s previous positions include senior advisor to the director of the U.S. Department of Homeland Security’s Office for Community Partnerships, fellow with Google’s think tank Jigsaw, adjunct assistant professor in Georgetown University’s Security Studies Program, and senior fellow at the Foundation for Defense of Democracies. Carolina “Nina” Ponzeto is the Chief Operating Officer at Valens Global. At Valens, Nina designs and implements business strategies, plans and procedures, supports internal and external growth by overseeing day-to-day operations, talent acquisition, and client relationship management. Before joining Valens, Nina developed response, recovery, and business continuity exercises for private and public sector clients as an emergency management consultant at the Cadmus Group. Prior to that, she was a Brent Scowcroft fellow at the Aspen Strategy Group, focusing on client-management and logistics for their yearly Security Conference. Before joining Valens, Derek spent 26 years in the U.S. military leading high-performance teams around the globe and in combat to solve our Nation’s toughest national security problems. Derek served as a senior executive during his last military assignment as the Deputy Director of a primarily civilian interagency directorate led by a senior executive service civilian providing U.S. policy makers with global strategic options. He has commanded up to the battalion level, leading a one-of-a-kind U.S. Army battalion that conducted operations worldwide, as well as commanding a Special Forces Company in combat.

Derek is a qualified instructor, facilitator, and course developer, and has trained, coached, and mentored all-ranks and grades of service members from all branches and civilian servants within the Department of Defense and the interagency. He is school trained in framing and solving complex problems and leading in complex environments as a graduate of both the U.S. Army School of Advanced Military Studies and the U.S. Army War College. Derek holds four master’s degrees, all with honors.